I just finished February by Lisa Moore and am trying to figure out how to explain it to you.

I can't tell you the story. Is there a story? I think it's the epitome of a literary work - the characters are the story. It's about Helen, a mom of four who is widowed when her husband dies on the Ocean Ranger, a rig off the coast of Newfoundland that sank in 1982. The narrative switches among 1982, flashbacks of her husband before his death, and times afterwards up to present day with her grown children and grandchildren. The story... story? just is. 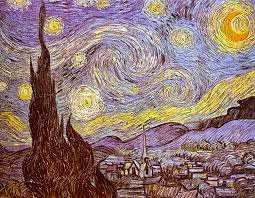 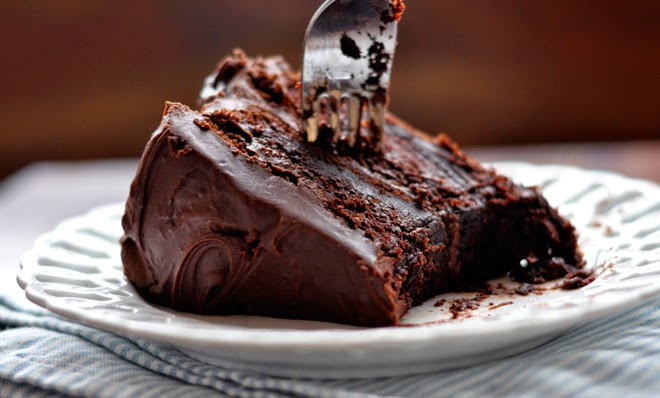 It is a piece of art. It's like an impressionist painting that you can stare at in parts and appreciate the colours, the textures, the lines. It's like a piece of music that sweeps you up and makes you close your eyes and concentrate on only the music. It's like a chocolate cake that you let slowly melt in your mouth to savour it. The story is less important, just like the scene of the painting is secondary to the colours and brushstrokes.

Lisa Moore does interesting things with her words. She does things that are against the rules: omits quotation marks, uses run on sentences, uses passive voice, uses repetition of words and phrases... all the things that would be 'wrong' in an edit of someone else, someone lesser of a writer. It's beautiful and it works but it creates an air of inaccessibility... that this is a higher form of art not attainable or
accessible for typical readers and writers. I can't decide if that's a good thing or a bad thing?

I enjoyed reading it, it's a beautiful novel, but I'm happy to slip back into something narrative and story based for now. 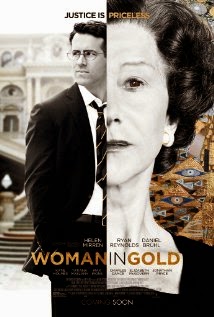 I went with my movie going partner last night to see Woman in Gold. To be honest, it wasn't a great week to go to the movies... there weren't many we were interested in seeing let alone any we had noticed that we wanted to see. Isn't that the way? The weeks we can't get to the movies, there are so many we want to see, and when we finally get out there aren't many we were interested in watching... So we were pleasantly surprised by this show, though we shouldn't have been seeing as it stars Helen Mirren.

It is a true story about a woman living in California who sues the Austrian government to recover a painting of her aunt that had been stolen by the Nazis. It was the type of movie that made me think, and want to read more about the movie and the history of that time.

It's an understatement to say the Nazis stole so very much from the people they persecuted. So why do a few paintings matter? In the end a painting is just a thing, right? 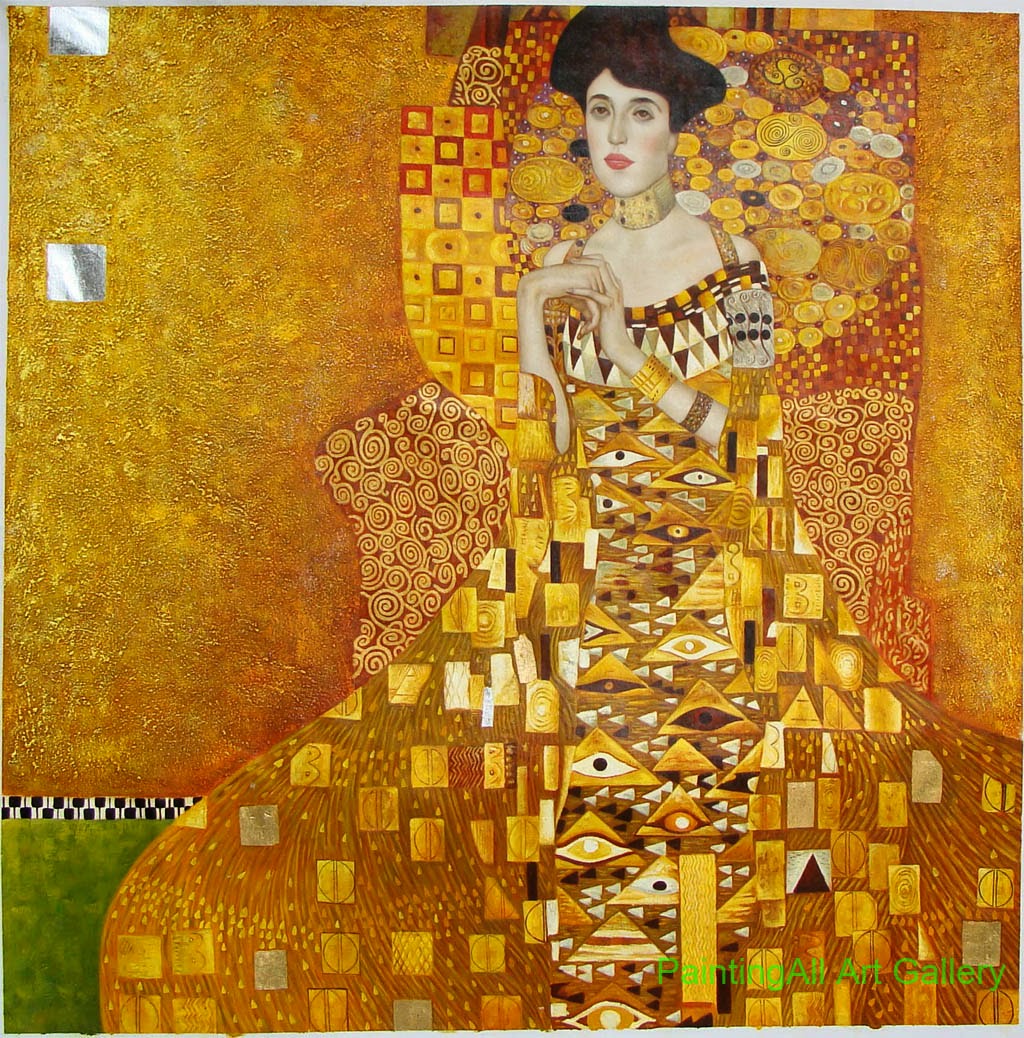 I've said before that creativity is driven from something deeper than paint brushes and fingers and fine motor skills. I honestly think art is driven from that something that some people call a soul, others call it a heart, psyche or spirit. And because it's driven from that source, that's where it impacts people who experience it. A piece of art that is loved becomes more than canvas and paint or a block of clay. It's a piece of spirit that is shaped from a spectral quality to a tangible, solid artifact.

And when that's stolen, a piece of the person who loves it is stolen as well.

So it's no wonder that more than half a century later the families are still searching and pleading for restoration of their artwork. You can't bring back the lives and families that were desecrated, but you can reclaim the pieces of of their souls scattered throughout museums and attics.

Posted by Unknown at 9:40 am No comments:

Soooo, I was procrastinating on Facebook - true story - and my chat partner and I were batting around titles for my February release... AND, we hit a home run. No joke! It turned into a good day for writing!

It was a combination of some other titles we had tried out, a word here, a phrase there, a concept, a trick, all blended together into one Lightning title. 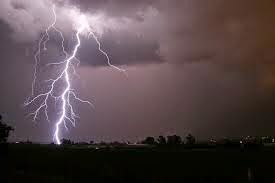 When we titled Game Plan it was done with a lot of back and forth brainstorming... the title "Game Plan"didn't come crashing into the conversation as the OMG THIS. IS. IT. title.  It slipped in there quietly and was passed back and forth in the list of "Well I like these:". I might admit that as much as I came to love the title - it's absolutely the most appropriate for the story and I was able to work it into the story a bit more solidly to make it excellent... I was kinda disappointed I didn't have that Lightning moment with it.

So I have had it with this one! The working title is Henry, after the first character written into the story. I've called it Henry for over a year now and I'm quite attached to it, and to him, but it's not a good title for the book... kinda like calling your child "Mooser Goose" (which I'm guilty of doing) is not very appropriate for trivia on the back of his NHL trading card.

Sooo, you know when you finish a book and you're lying awake at 2am because you laid awake reading until well past any normal bedtime and you're so blown away by the book and the story that you want to talk to SOMEONE about it but it's 2am and every sane person in your timezone is asleep?

And then the next day you try to start a new book, but you can't figure out what to read because every book you try to read will be so sad and pathetic in relation to the book you just finished so you don't really even feel like bothering?

I just finished THIS: 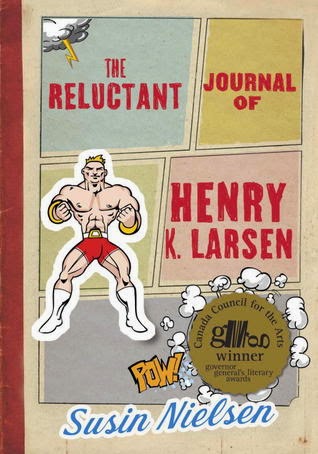 It's hard to summarize because one of the coolest features of it is the delicate and natural way the backstory unfolds. This is the written journal of Henry as he processes his emotions - reluctantly because he's been encouraged to by his councillor. Counsellor? Geez. He has just moved to Vancouver after a pretty ugly stretch in his family life and he's dealing with the fallout of everything that happened and everything that is happening at school.

There are parts of the book that were physically painful for me to read. There were parts where I laughed out loud (and at 1:53am that's kind of creepy). Overall it's a real and raw story of real and raw characters and life as it happens. It's amazing. Add it to your TBR. 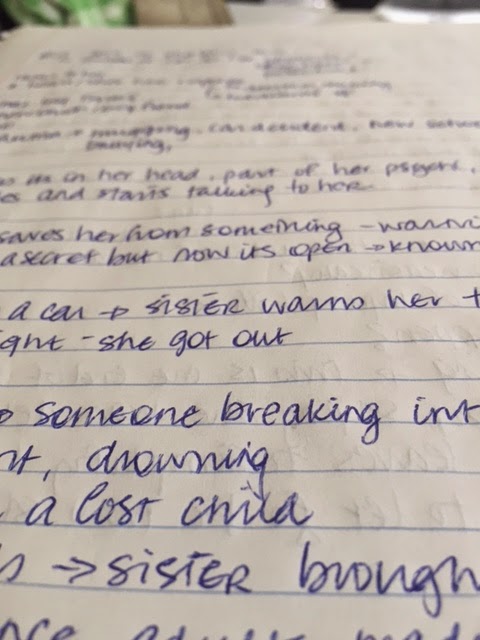 I'm scratching some ideas in my notebook for a new story... sometimes it feels like I'm 'that close' to the story and can see a full novel taking shape, then two minutes later I'm wondering if any of it is worth anything and can't see how it'll be more than chicken scratches in my notebook.

Starting stories is not fun.

It shouldn't be a big deal, there's always room to change and move and adjust a story if it's not going the way it should... starting a story doesn't cast it in stone, but the beginning is daunting for me and a challenge to get through.

I'm hoping this one works b/c I think it's a fun idea... we'll see where it leads!