Glimpse of a Cover 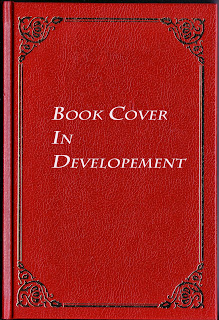 Monday I talked about how art and writing are two forms of the same force, that the process of making something imagined into something real is intoxicating.

Yesterday I experienced the other side of the coin - I had the opportunity to see the suggested comps for the cover of Aptitude!

When we started the design for Game Plan there was a lot of discussion about what would be a good idea for the cover. I had input too. So when I saw the suggested covers, they were layouts developed from the ideas we had discussed - nothing surprising, nothing new. Don't get me wrong, it was very very cool, but the designs were developed in part from my suggestions and interpretations of the story.

I haven't been involved in any planning for the cover of Aptitude. Two comps were sent to me yesterday. They were both so amazing... it was incredible to see how someone else interpreted MY story. One seems to be the favourite... That cover is a piece of art and is absolutely perfect for my story. I can't wait to share it! Here's a hint - it looks nothing like this one :D

I've spent the past several days editing my indie pub coming out in February... Guys, I can't wait til I can share this story with you! I think it's a worthwhile, powerful story... I can't wait to hear what you think of it. 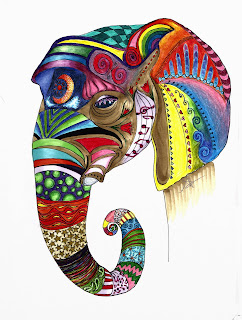 I've been dabbling in other creative activities... drawing and colouring again. I can remember always doing three things: playing baseball, writing and drawing. All three kinda went by the wayside with babies and toddlers and new companies and such, but they're creeping back in. Or pushing their way back in. I started writing again when we were adopting AnnaWen, then started in earnest with my Nov 2013 release, Game Plan. I started playing ball again last year with a great group of women who don't really care how many errors are made on the field so long as we're trying and having fun (which is really good b/c my 19 year old ballplayer self would be pretty embarrassed of my present day ball playing self). And now over the past couple of months I've started to draw again and it feels great! I'm looking at opening an Etsy shop to sell prints and am already collecting some peeps on Facebook.  Check it out!

Some may think writing and drawing are two different things... I think they're drawn from the same source of creation, of making ideas become real of giving breath to people or colours to animals and sharing those with others. It's a powerful source and I'm glad it's been forcing its way out again.

Posted by Unknown at 2:05 pm No comments:

My favourite being on this Earth is a 13 year old lab. He's perfect. He adores sleep and food. He adores me. And he's 13. I booked a vet appointment to check in today and spent time last night crying because I was scared of what I may learn or hear at the appointment. But I got good news! His kidneys, which were concerning last fall, have returned to normal performance now that he's been off meds for a while and the vet had another suggestion to help manage his pain. I was so relieved. Still am. 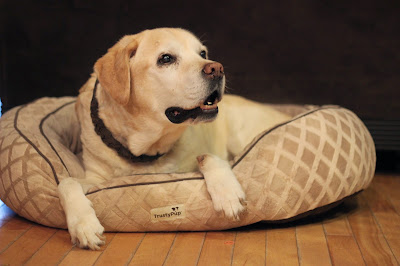 I came home and dove into some editing... I'm really happy how that's going as well :)

All around a great day so far. My me-day is ending as chauffeur time is getting closer - music, hockey and errands are pressing.

I didn't get to this today... between blood donation to the CBS and to my editing I'm out of time!

I'll leave you with these cute laughs:

Posted by Unknown at 2:42 pm No comments:

Research has demonstrated that there are specific stages of grief, though Google is undecided on whether there are five or seven of those stages.

I think there are stages to editing feedback. You send work out to an editor because, lets face it - self editing is a joke. The intent is for the editor to, um, edit it and point out areas that need improvement, make suggestions, identify weaknesses. But while that's the point I think it's every author's hope that that editor will actually write back "Holy Cannoli this piece is perfect! Don't change a thing!"

I got my edits for #GoodDay back yesterday. Here are the stages of reaction to editing feedback: 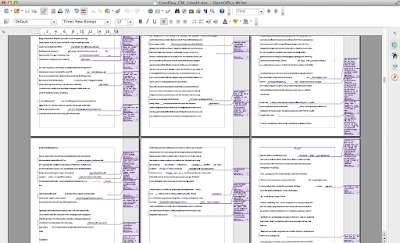 1. Impatience - happens throughout the period of time in which the editor has your work. Symptoms include poorly hidden requests for updates ("What have you been doing today?") and flat out demands for reassurance ("It doesn't suck too bad does it?"). This stage lasts exactly until the point of the manuscripts return at which point the writer zaps directly into the second stage.

2. Indifference and Procrastination - even though you've spent the last several weeks thinking about nothing but the document, once the document arrives you immediately have forty seven other things you have to do right then and there is no opportunity to open the document and look at the editing. This stage can be fleeting or go on for hours.

3. Holy F#%k, I'm F*#ked - once the document is open, regardless of the level of editing, any and all suggestions look like monumental obstacles of penance and dire punishment. The thought of starting any of them is so impossibly daunting that the logical course of action is to forget the whole f@&king thing, crawl into a hole somewhere and curl up in the fetal position because you're not worth anything and no one likes you and who the hell said you could write anything anyway?

4. Suck it up, Buttercup - depending on the depth of the hole dug in stage three, this stage may take a very long time. Rereading and rereading and rereading the edit suggestions bangs them down from a vile dream destroying monster to a series of annoying, gnats. Giant gnats with disgusting breath and sharp teeth, but gnats just the same. During this period the writer climbs out of the hole and puts her tears away and tries to act like an adult by organizing and addressing each gnat as it presents itself.

5. Reverence - this stage comes on slowly, gnat by gnat, as the writer realizes (or probably rerealizes, that doubting nutter) that the editor is in fact a genius and each suggestion is a tiny angel sent from the beyond to lift the story to a new level of brilliance. (This is also the stage in which the writer feels slightly guilty for putting their own name on the cover and not the editor's - but that's a whole other series of confidence gymnastics)

I'm editing #GoodDay today and am trying to dig out of the hole into the field of buttercups. Think of me and send me healing vibes. 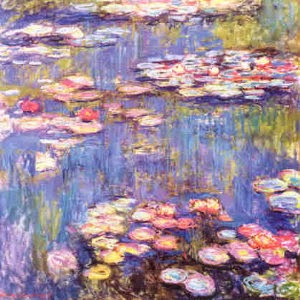 Whispers of a new story:

I don’t need words. Words are units that people use to confuse and condone and condescend and compromise with each other. They are limited by language and sound and prone to misinterpretation. I skip all that.

Wonder where it will take me?